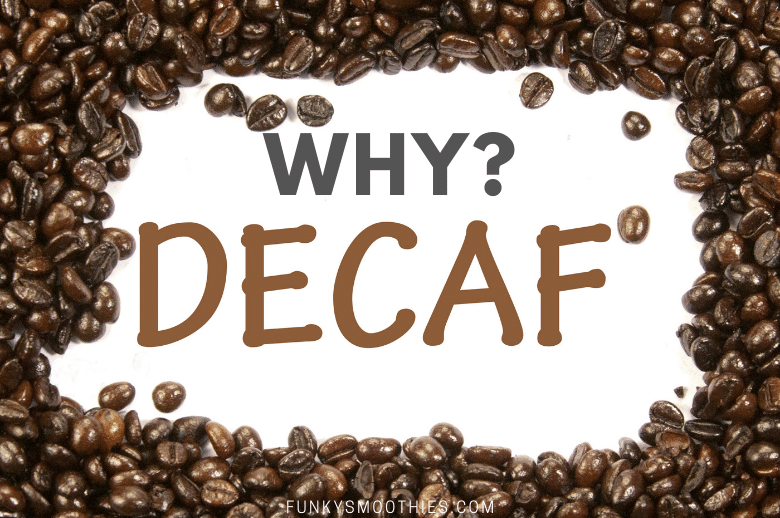 Decaf coffee is a strange thing. You don’t see many people drinking it, and yet it’s an important part of the coffee industry. So why do people drink decaf? The answer to that question might surprise you!

Why Do People Drink Decaf Coffee?

People drink decaf coffee for a number of reasons. It’s typically used for people who don’t drink caffeine, pregnant women, or people with sensitive stomachs that can’t handle the jitters and crashes associated with caffeinated coffee.

Decaf will have less acid than regular coffee which is why it has more of a smooth taste as opposed to acidic like normal coffee and it will also have a lower amount of caffeine.

Decaf coffee is more likely to be sold in places like offices, restaurants, and cafes so that different people can enjoy it without making everyone else feel the effects too much.

People drink decaf coffee because they want something with less caffeine or for health reasons such as pregnancy, and medical conditions such as high blood pressure, heart disease, and diabetes.

Decaf coffee is not caffeinated because it doesn’t contain any of the caffeine that makes regular coffee so stimulating. Some decaffeinating processes use chemicals to remove most or all of the caffeine from green beans while others only partially extract some but leave enough for a flavor difference.

Will Decaf Coffee Keep You Awake?

No, decaf coffee will not keep you awake because it doesn’t contain caffeine. Caffeine is the stimulant in regular coffee that makes people feel more alert and awake.

In some brands of decaf coffee, the decaffeinating process may leave a small amount of caffeine in the coffee. In this case, it can make you feel alert and awake because it’s still enough to have an effect on your body. But for most people, including those who are hypersensitive or allergic to caffeine, drinking decaf will not cause them any problems, and they will not feel any different.

Some people will feel the effects of regular coffee after drinking their decaf coffee because of a placebo effect. The placebo effect is when someone is given a fake treatment for something and then gets better.

Decaf coffee can still provide you with the benefits of caffeine, despite not having the stimulant. The psychological effect of decaf coffee is a positive one. The taste of this coffee will trick your brain and you will feel more energized.

The decaf coffee may be also calming, you can drink it before bed or during the day to give yourself some balance. Traditionally decaf coffee for many people was only a substitute to get out of withdrawal when they just couldn’t take any more caffeine in their system.

What Is The Point Of Decaf Coffee?

Many people believe that decaf coffee is absolutely pointless because it doesn’t offer the same kick as regular coffee. However, there are many different benefits to drinking decaffeinated coffee that people may not know about.

Decaf coffee is a substitute for people who are trying to lower the amount of caffeine they drink. It can also provide you with many benefits that regular coffee cannot as it still has some caffeine in it. Decaf coffee may be calming, or give you more energy before bedtime.

One of the benefits of decaf coffee is that it does not have as much caffeine in it. This is good for people who drink a lot of coffee and are worried about the effects this can have on their health.

Decaf coffee also has many other benefits to offer, such as its calming properties or relaxation before bedtime. There are a lot of people that addicted to caffeine, and decaf coffee is a great substitute for them.

The most common question that people ask about decaffeinated coffee is “why bother?” Decaf coffee does not have the same buzz as regular, and some people worry that its benefits are more mental than physical. 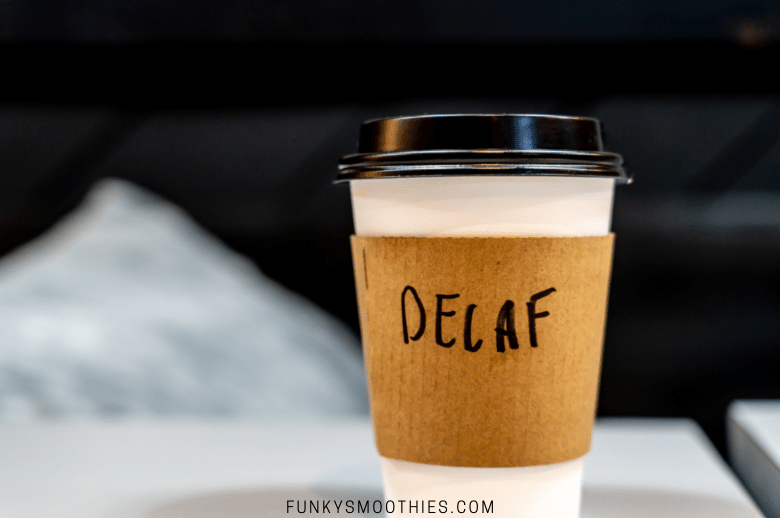 Decaffeinated coffees retain their caffeine flavor without including what many refer to as a “jolt”.

What are the differences between regular coffee and Decaf coffee?

But still contains the same amount of antioxidants and minerals.

Decaffeinated coffee has a lower acidity level than regular, so it is an ideal choice for people who have stomach ulcers or heartburn due to their high caffeine intake.

There are two types of decaffeinated coffee, the Swiss Water Process, and the Carbon Dioxide process.

The difference between them is that the Swiss water process removes 97% of the caffeine from the beans while in the CO₂ extraction method only about 40-60%. Decaf coffee beans have more oils than regular ones because they aren’t roasted.

The decaffeination process can involve a chemical solvent, such as ethyl acetate or methylene chloride. The beans are soaked in the liquid to remove their caffeine content and then later rinsed with water.

The taste is altered by the decaffeination process but not usually in a negative way.

The caffeine is removed through soaking and then rinsing with water, so there’s no impact on the beans’ nutritional value. And more importantly for some customers, decaf coffee won’t keep them from getting their full night’s sleep!

The calorie count of decaf coffee is similar to that of normal, caffeinated coffee.

Decaffeinated coffee contains fewer aromatic oils that give regular coffee its flavor and aroma. The decaffeination process removes a lot of these oils, which can have an impact on taste but it’s typically not considered to be unpleasant. In fact, many people enjoy their decaf more than they do regular because they don’t have to sacrifice taste for the sake of caffeine.

Is Decaf Coffee Better For You?

Decaffeinated coffee is often thought to be a better choice for those who want their caffeine fix but can’t handle the effects of drinking caffeinated beverages. There are certain instances in which decaf may be appropriate, such as when you need your sleep and don’t want any stimulants or if you’re pregnant.

Since decaf coffee is not as strong, it’s often thought that people who want to caffeinate but don’t need the caffeine can enjoy decaf coffee.

Decaffeinated coffee also does not appear to be a healthier choice than regular coffee as it may contain some caffeine and other substances that are just as bad for your health.

As mentioned above, the process of decaffeinating beans usually involves a chemical solvent like methylene chloride or ethyl acetate and water. These chemicals are harming the environment and decaffeinated coffee is not really better for the environment than regular.

If you’re looking to drink less caffeine or lessen its effects, try changing your caffeination habits instead of switching to decaf coffee. Drink smaller cups throughout the day, and cut down on other stimulants like sugar and alcohol.

It’s your choice to drink decaf coffee or not, but it’s worth noting that the effects on your body are similar to regular and there are environmental costs. If you’re looking for a healthier choice of caffeinated beverage try changing up what you do instead of switching drinks!