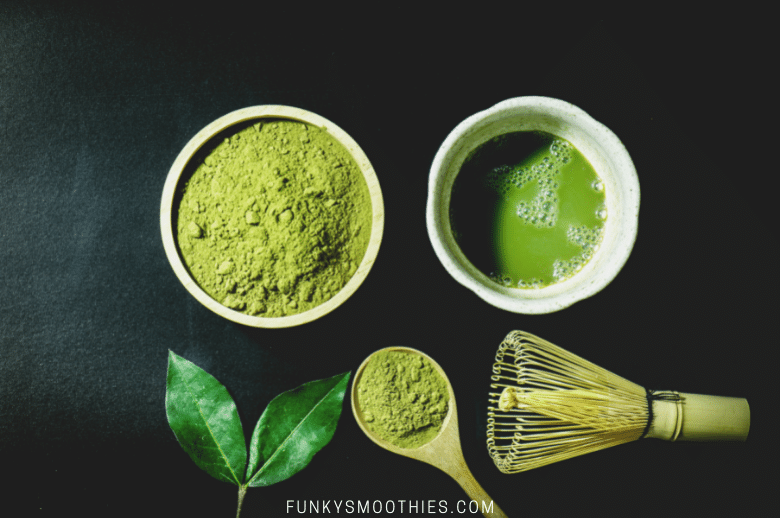 Matcha has become a popular drink in the U.S., but why, and what is it? in this blog post, we’re going to go into what matcha actually is and explain why it’s not coffee.

Matcha is a green tea that has been ground to a fine powder so you can mix it with water or milk, as opposed to steeped like regular black or green teas. Matcha was originally used in Japan during the samurai era when they needed more energy, which led them to create this drink called “Matcha”.

It became popular because of its health benefits. These days you can find it in many specialty shops and coffeehouses.

For some people, it might be confusing to know whether matcha is a coffee or tea. This post will clear up any confusion for you and also explain the differences between the two.

Is matcha a coffee or a tea?

Matcha is not a coffee. Some people confuse matcha with coffee because immature coffee has green beans, but that’s where the similarities end. The main difference is that Matcha powder has a lower caffeine content than brewed tea or espresso-based drinks like lattes, but more on that later.

Another huge difference is the taste. Matcha is incredibly smooth and rich, unlike coffee.

Matcha tea has a very specific taste that doesn’t always go well with other flavors or the bitterness of black coffee. It’s also not designed for those looking to stay up late at night because it does contain caffeine in smaller quantities than espresso-based drinks as lattes do.

Matcha is an ancient Japanese tradition that has been around for well over 1200 years and people have always respected its rich taste as elegant and unique.

Does matcha have caffeine?

Like any other kind of tea, Matcha does have caffeine. However, the amount of caffeine in matcha is significantly lower than in coffee because it’s made of tea leaves and not coffee beans.

The amount of caffeine in matcha is 12 milligrams per cup which is less than the 75-150mg you would find in a cappuccino or espresso coffee. Matcha has about half as much caffeine as a black tea because it’s made from green tea leaves and not dried out like other teas.

When should you drink Match?

There’s no specific time for drinking Match. In most cases, it is best to drink Matcha in the morning or afternoon, and not in the evening because it contains caffeine.

It has an earthy flavor so it’s not as good for drinking at night because you don’t want to keep your body up all night long. 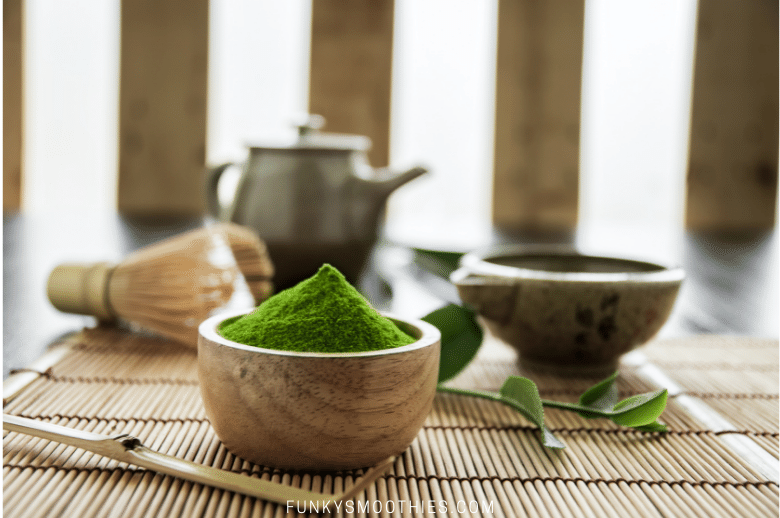 Matcha is also a great option for people with low blood pressure because the natural L-theanine in matcha reduces stress without increasing your heart rate and blood pressure like coffee does.

Matcha can be consumed on its own with water, or added to almond milk, fruit juice, or yogurt for variety.

Does matcha give you energy?

Matcha is a great source of energy because the caffeine in it boosts alertness and supports metabolism.

This can be especially helpful for people who are trying to lose weight because Matcha will give them energy without adding extra calories as food would do, which could lead to overeating.

Is matcha better than coffee?

The answer is divided into people who prefer hot drinks and people who drink cold. Coffee lovers will say that the coffee is more energizing, while those more inclined to matcha like its smoother taste and gentler effects on the body.

People with a sweet tooth might also find this appealing because Matcha can be added to fruit juice or milk as an alternative.

Which is better for weight loss?

Matcha is a better option for weight loss because it has less caffeine, and researchers found that green tea leaves may help with weight loss.

Is matcha the same as green tea?

Yes, both matcha and green tea are made from the leaves of Camellia sinensis. They’re not quite the same though – for one thing, matcha is ground into a fine powder before being whisked with hot water into an energizing drink that’s perfect in the morning or afternoon.

Green tea bags come directly to us as fresh-cut leaves packed tightly together under their own weight. Hot water is poured over them to make a tea that’s considered sweeter and more delicate. It takes about four to five minutes for the steeping process of green tea.