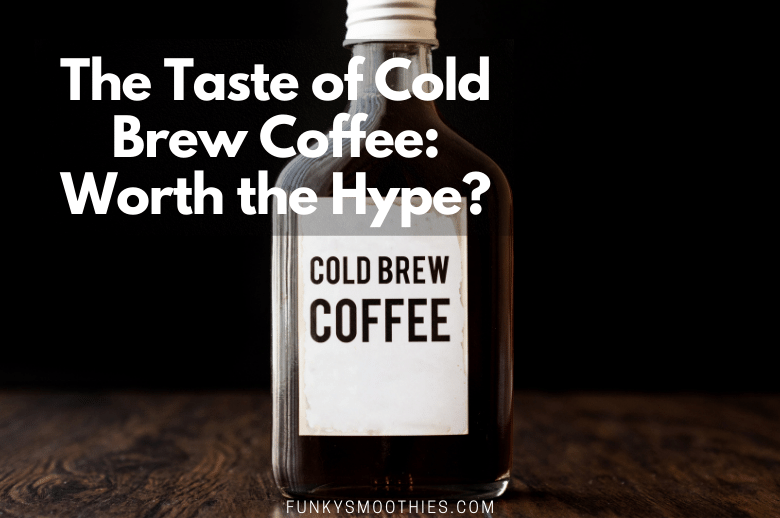 Cold-brew coffee tastes smooth when compared to other coffee types. As the water temperature used to brew it is lower than the traditional method, it leads to the extraction of different elements. Cold-brew is therefore around 65% less acidic and bitter than hot coffee bringing about a slightly sweet and well-rounded flavor.

Cold-brew coffee became a staple at any on-trend coffee shop around 2017. Since then, the hype has grown with chains such as Starbucks adding various cold brew options to their menu and people all over the country learning how to brew themselves a cold cup of coffee.

So, I’m exploring the taste of cold brew to see how and why it has gained such popularity in recent years.

Cold-brew is often described by coffee connoisseurs as smooth and balanced. The reasons for this are described below. However, you may notice a subtle sweetness to your cold brew as well as the finest hints of acidity.

These come about because of the different chemical processes occurring when coffee grounds are mixed with cold water. The slow release of each element means they mix with one another in a rounded-out manner.

One reason cold brew has received much attention is because of its lack of bitterness meaning it appeals to audiences who would generally turn down a cup of the traditionally bitter hot joe.

Why does Cold Brew Taste Different Than Other Coffee Types?

The temperature at which coffee is brewed dramatically alters the elements drawn out of the coffee grounds.

The cold water used to produce cold brew coffee pulls certain elements out at a much slower pace than when using boiling or even semi-hot water. This slow-paced brew changes how the different flavors combine with one another producing a smooth and balanced coffee where none of the different elements overpowers the others which more often occurs in a warm brew.

Additionally, the oils in the coffee grounds do not evaporate as they do when mixed with boiling water. These oils stay in your cup, therefore, adding to the robust flavors you’ll taste in your cold brew.

Does Cold Brew Pair Well with Milk and Syrup?

The temperature at which the coffee is brewed does, indeed, change its taste and thus, also changes how it combines with milk and sweeteners.

Because cold brew is generally smooth and balanced, it can be beautifully complemented with just about any milk, milk alternative, or sweetener. 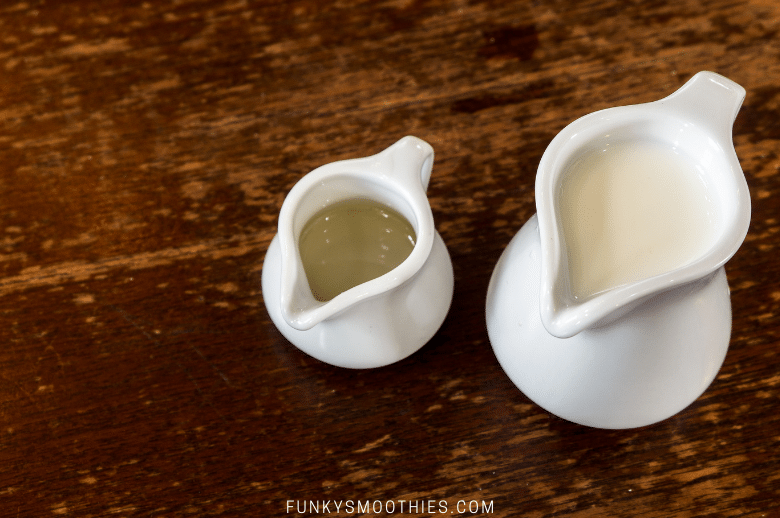 Because cold brew tends to have a subtle sweetness to it, coffee lovers like to play upon such notes by adding milk alternatives of a similar nature. For instance, vanilla almond milk or even plain oat milk (because of its sweet and creamy properties) will pair deliciously with cold brew.

In terms of sweeteners, because of this sweetness, you’ll find it less necessary than with a hot brew. Before adding your regular amount of sugar, we highly recommend tasting the brew first as the natural flavors may do the trick all by themselves!

Cold-brew is unique for various reasons, but it’s clearly adored by many because of its smooth, balanced flavor.

Those less inclined to the taste of black coffee can drink cold brew without milk or sugar because of its lack of bitter and overly acidic qualities. However, it also mixes beautifully with a dash of your favorite milk or syrup because of its more neutral properties.

So, the answer to the initial question, “is the taste of cold brew worth the hype?”, is evidently a resounding yes.