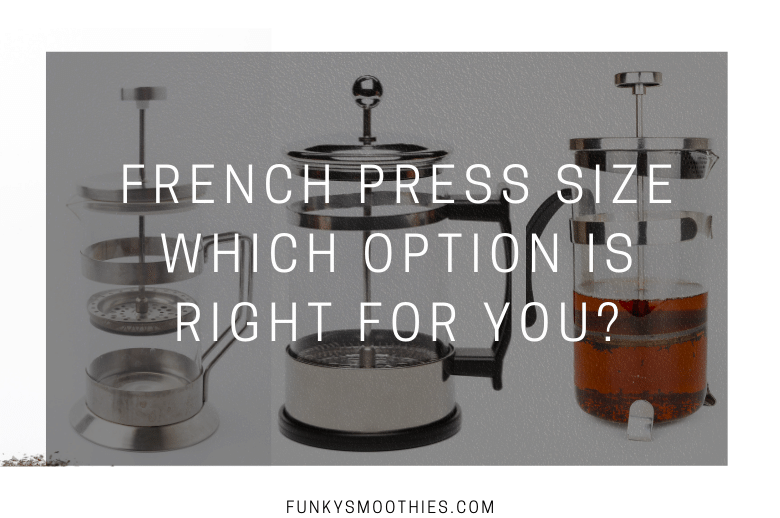 If you’re looking for the best French press coffee maker you can get, the size of that coffee maker is very important. Which size should you get?

After all, if you drink very little coffee a day, you don’t need a very big French press. If you drink a lot of coffee in one go, you may need a bigger one.

Let’s talk about how you should make your decision.

What Sizes do French Presses Come In?

French presses come in pretty much every reasonable size there is. Just like drip and espresso machines, you can find a French press with a brew size as small as three cups or as big as twelve.

If this is your first time buying your own coffee machine, it’s important to note that one cup of coffee is not equivalent to any one mug.

Remember, a cup is a fixed unit of measurement. Your favorite mug may only hold half a cup of coffee, or it may hold a whole cup. Use a bigger container and it may hold even more than that. Obviously, this means the first step in picking the right size of the French press is to accurately quantify how much coffee you drink.

That being said, many French presses actually quantify how much coffee they brew by serving size, not by the cup.

One serving size is four ounces, typically, whereas your traditional cup is eight ounces. For example, a 3-cup (12 ounces) French press actually only brews 1.5 actual cups of coffee. It’s a little confusing, I know.

Basically, when it comes to choosing a French press, just consider a “cup” as 4 ounces.

Which French Press Sizes Are Most Common?

French presses may come in many sizes, but a few of those sizes are more common than others, generally because they offer the right amount of coffee for various needs, from light to heavy coffee drinkers.

This is the size of French press you should get if you are the type of person to drink a relatively small amount of coffee per brew.

As mentioned earlier, a 3-cup French press makes 12 ounces or 1.5 cups of coffee at a time. Generally speaking, if you only brew coffee for yourself, this is the ideal size to go for.

This size French press is only a little bigger than the previous one, making two full cups of coffee per brew.

This makes it an ideal choice for households with two people who both drink coffee, at least as long as both people are content with a cup apiece.

If you need numerous cups, you might want to consider the next size. 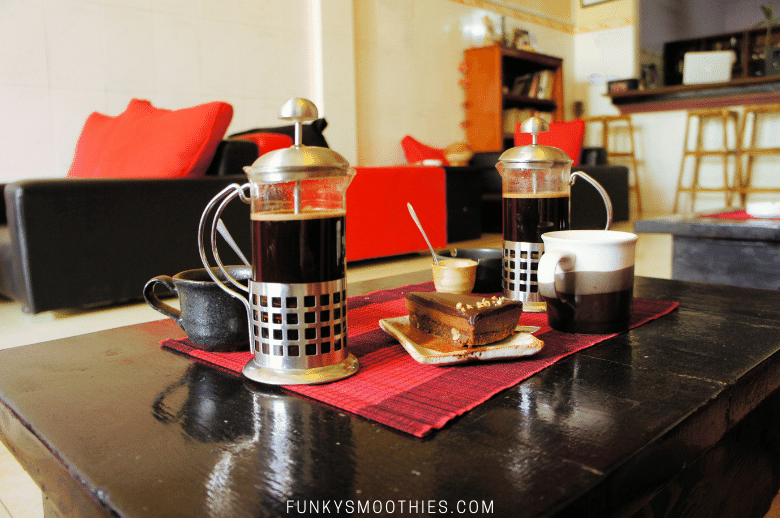 Twice as large as the previous French press, one of this size will net you four cups of coffee per brew.

It will either provide you with enough coffee to go all day or be enough for two coffee lovers to be satisfied. It would also be a pretty good choice if you wanted to provide coffee for a small gathering of people.

This is about as large as French presses get, providing a whopping six cups of coffee per brew.

Needless to say, no single person drinks that much unless they have a serious problem.

That being said, a French press of this size is better suited to providing coffee for large gatherings, like office meetings, parties, or the like.

As you can see, the different sizes of French presses often align with particular needs. If you are a solo drinker, a 3-cup French press will often be enough. If you need coffee for two people or just really love coffee yourself, a 4-cup option might be the right answer.

Once you get to 8-cup and 12-cup French presses, you are in the realm of providing coffee for a large group of people, so you probably won’t need one of this size unless you are trying to supply some sort of gathering with coffee fairly regularly.