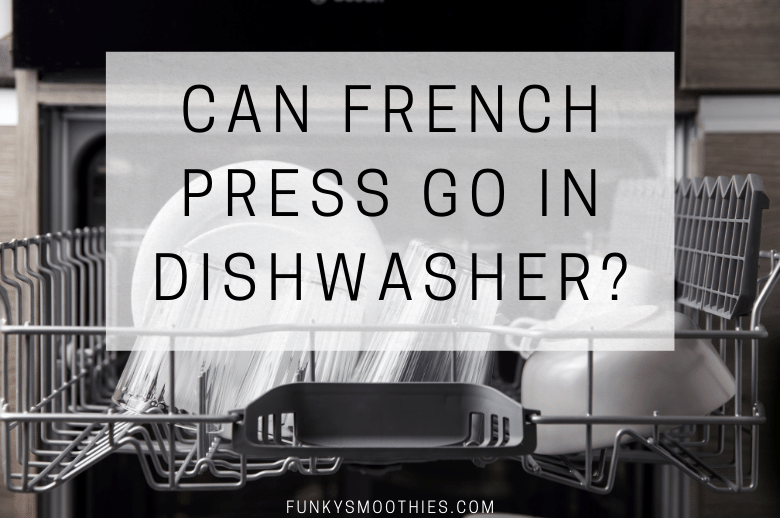 Keeping a French press clean is a chore. You have to do it, though. If you don’t, oils from the coffee will hang around on the French Press. You also run the risk of old bits of coffee becoming rancid.

So, can you make life easier for yourself? Can a French Press go in the dishwasher?

Let’s tell you exactly how you can put that French press in a dishwasher and get it clean. We also want to share a few alternatives, just in case a dishwasher isn’t an option for you.

Can You Put a French Press In The Dishwasher?

You have to remember that the water in a dishwasher isn’t going to be getting higher than the boiling water that you pour into the French press. This means that you don’t really have to worry too much about destroying any components in the dishwasher. It is nigh on impossible.

The one thing that you need to think about is securing the smaller components.

To properly clean a French press, you will have to take it apart. This means that you will have some loose screws. Put these in the bins designed for cutlery, and you should be fine.

How Do You Wash a French Press In a Dishwasher?

So, now you know that you can wash a French press in the dishwasher, how do you actually go about it?

Well, there are some people that will just put the entire French press in the dishwasher, although I don’t really recommend that. Instead, you are going to need to go through a lengthy process. Don’t worry, though. This is going to get your French press completely clean.

The first thing that you will need to do is completely take apart that French press. This means removing any screws.

If there is a plastic handle on the carafe, then put that to one side. Some people just rinse that off rather than place it in the dishwasher. It isn’t a real issue if that isn’t completely clean. 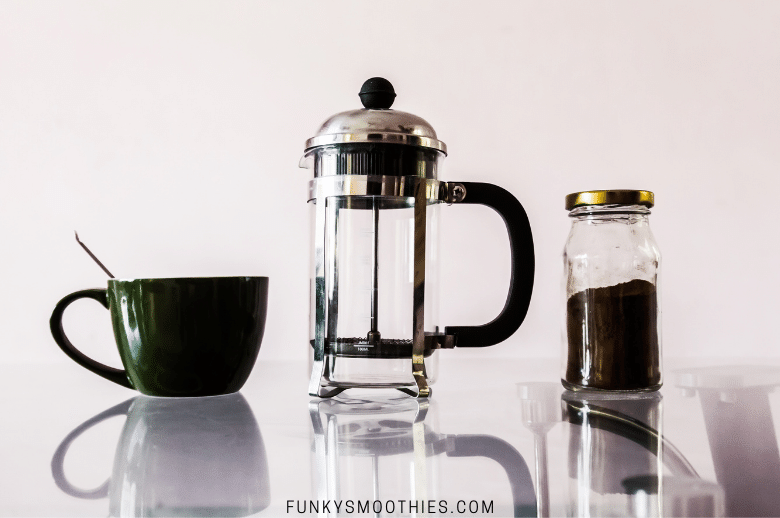 Rinse Off The Filter and French Press

Before you put the filter and the rest of the French press in the dishwasher, give it a quick rinse-off.

Make sure that you get rid of as many coffee grounds as possible. They will clog up the dishwasher, and they may even spread to the other items in the dishwasher, making those dirty.

Place The French Press In The Dishwasher Properly

Any small, loose components will need to be placed in the cutlery bin inside the dishwasher.

The carafe works best when it is near the top of the dishwasher. Although, some people have found that this can damage the cheaper French presses, so you may want to have it near the middle instead.

The coffee filter should be placed near the bottom of the machine. This is because too much heat can cause it to warp. In fact, chances are that you will probably be dealing with a bit of warping no matter where it is. However, since the dishwasher is the only way to get it properly clean, that is just something that you will need to deal with.

Rinse The French Press After The Wash Cycle

Once you have rinsed everything off, put it back together and enjoy your next coffee!

A dishwasher is probably the best way to keep a French press clean. However, you should only really be doing it once or twice per week. It is a whole lot of effort. This means that you may want to keep the French press clean in other ways.

The simplest way is once you have made a cup of coffee, scrape all of the coffee into the bin and rinse everything under a tap.

This should stop oils from forming. You don’t really need to use a lot of soap. A good rinse will do.

You can put most French presses in a dishwasher. However, if you are going to do that, make sure that you do it properly

This means breaking the French press down into its components before you place it in the dishwasher. This is the only way to ensure that everything is clean.