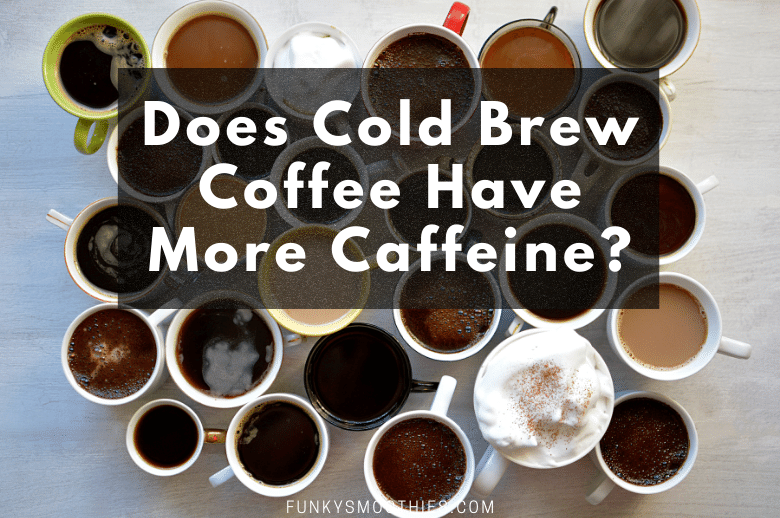 To learn more about the caffeine differences in other types of coffee compared to cold brew, keep reading. We’ll explore the specific caffeine concentration and how it differs from the “strength” of your coffee brew.

Let’s get into it.

Caffeine Differences in Types of Coffee

Since cold brew gets brewed at room temperature or even cold water, it isn’t subject to as much caffeine extraction.

On the other hand, iced coffee gets brewed with hot water (like drip coffee would be), before getting chilled and iced.

Espresso is a jolt of caffeine, but did you know that a standard shot-sized serving of it doesn’t usually have as much caffeine as a standard serving of cold brew coffee?

Again, this is due to the brewing process, which is hot for espresso and results in more caffeine extraction.

Although drip coffee does get brewed with hot water, it can sometimes be more caffeinated than cold brew.

Sometimes, hot drip coffee can have almost 50 mg more caffeine than a serving of cold brew has.

Furthermore, cold brew is sometimes diluted when served since ice is added to it. This can lower the relative concentration of caffeine in cold brew when compared to hot drip coffee, which doesn’t get very diluted, even with creamer.

What’s the Difference Between ‘Strong Coffee’ and ‘More Caffeine’?

It’s important to note that there’s a pretty big difference between “strong coffee” and coffee that’s higher in caffeine content.

Whereas “strong” coffee mainly pertains to the flavor of the coffee, such as the bitterness, nuttiness, or bite, highly caffeinated coffee is about the literal ratio of caffeine to the whole.

Why Is Cold Brew Higher in Caffeine? 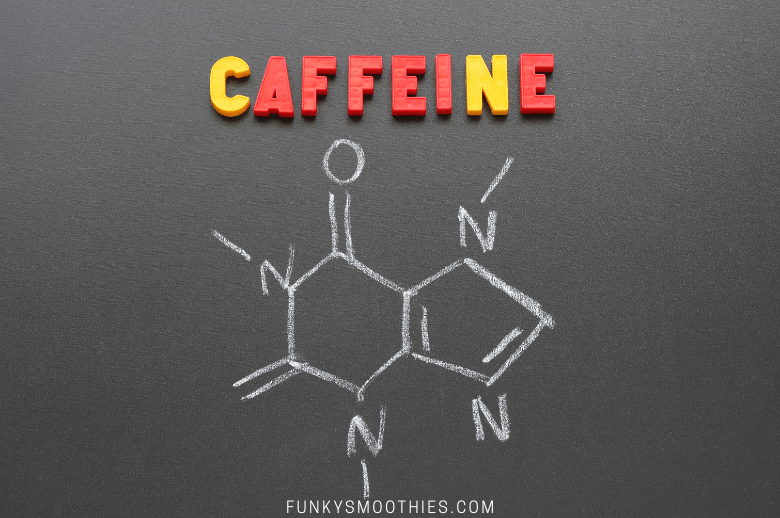 As mentioned above, cold brew typically has more caffeine in it than other forms of coffee because of the cold water. It helps the brew retain more of its caffeine instead of losing it as you would with hot coffee.

Furthermore, cold brew coffee often is made with more beans than a typical drip coffee batch would be.

Hopefully, our guide has answered your question ‘does cold brew coffee have more caffeine?’ Compared to iced coffee and espresso, cold brew coffee typically has a decently higher amount of caffeine per serving.

This is mainly due to the fact that the coffee isn’t brewed with hot water, which normally would extract some of the caffeine content. Further, cold brew is made with way more coffee beans, meaning more caffeine overall.

The only coffee type that typically has slightly more caffeine content than cold brew is hot drip coffee.