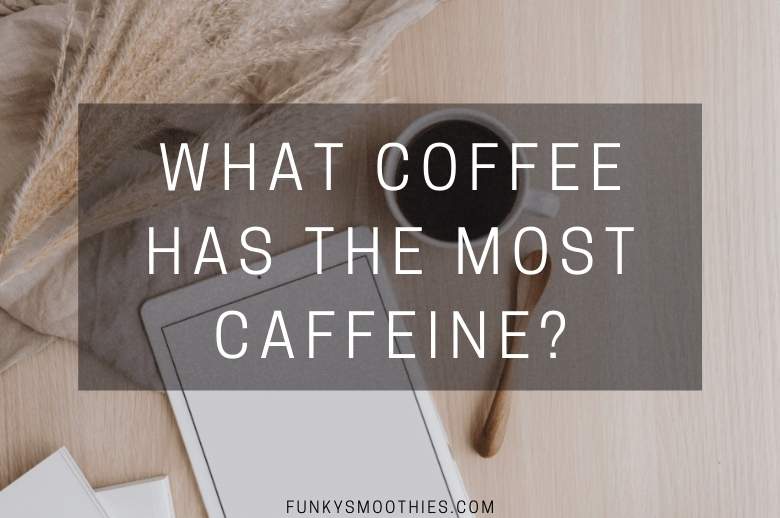 A lot of factors outside of the bean and its roast go into how much caffeine your finished brew will contain. This includes what type of coffee machine you use to brew your coffee, what region the beans are grown in, and what kind of treatment is applied to the beans.

In this article, I will explain what coffee has the most caffeine, which one is the strongest coffee, and I’ll explain the difference between “strong” and “caffeinated” coffee.

What Coffee Beans Have The Most Caffeine?

While coffee beans vary throughout the regions they grow in, Robusta coffee beans tend to have a higher concentration of caffeine when ground and brewed into coffee.

Robusta beans can be a little harder to procure, as they are not grown in as many regions as Arabica beans.

The Robusta coffee plant originated in Africa, and while it’s considered to be the lowest quality of the two plants, it has the most caffeine. Robusta beans will have just over 2% of caffeine content, while Arabica beans have just over 1%.

What’s The Strongest Type Of Coffee?

Modern technology has allowed coffee makers to extract the most caffeine out of beans, making for some of the most caffeinated coffee ever. That said, it’s not coffee meant for the faint of heart.

One such brand that makes caffeine with this technology is Biohazard Coffee, where one cup equals almost 1000 mg of coffee. This amount of caffeine can be very hard for some to tolerate, and it exceeds the daily recommended amount of 400 milligrams. Some people can drink over this recommended amount and still be safe.

If you like multiple cups of coffee per day, you might want to stick to a coffee with less overall caffeine per cup.

What’s The Difference Between Strong Coffee And The Most Caffeinated Coffee?

Many coffee drinkers assume that because dark roast tastes stronger, it has more caffeine. However, light roast beans tend to produce coffee with slightly higher amounts of caffeine, even though that signature coffee taste is much more muted.

What Kind Of Coffee Gives You The Most Energy? 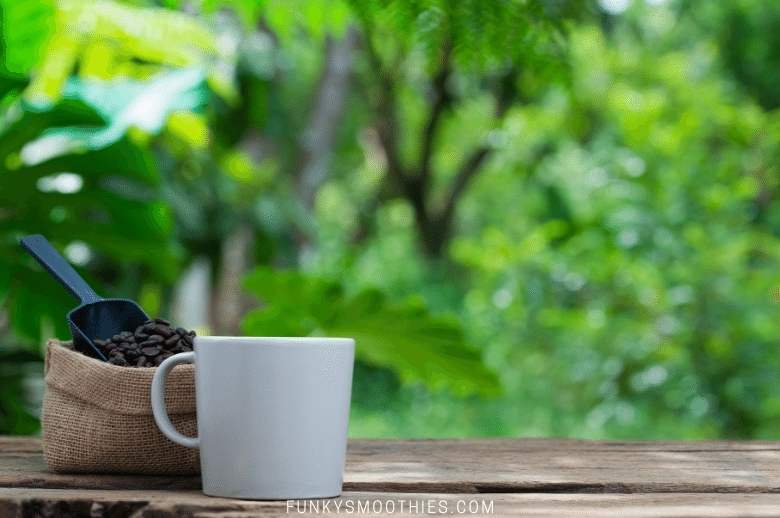 Coffee with higher amounts of caffeine gives you the most energy, but only temporarily. Caffeine impacts everyone differently; some people are more sensitive to it than others. You should stay within limits that are safe for you and your overall health.

People can develop a tolerance to caffeine with prolonged exposure. Caffeine won’t have the same impact as it once did as you continue to drink coffee daily, so you’ll either have to increase your intake or look for an alternative source of energy.

Another option is to take a break from caffeine every few months, for about 2 weeks, and then start drinking coffee again.

There are techniques you can use to get the most caffeine out of your beans. Choose light roast Robusta beans, and purchase the beans whole.

Grind the beans right before you plan on brewing your coffee, and opt for a drip coffee maker.

Using a burr grinder to grind beans to a normal to fine grind is recommended. Be sure you use the right ratio of coffee to water based on your coffee maker of choice.

There is more than just bean type that will determine the strongest cup of coffee. While Robusta beans have more caffeine per bean, how you grind and brew your coffee will determine how much of that caffeine gets extracted from the bean to the cup.

As long as you know your personal limits when it comes to your daily dose of caffeine, you can change up the beans you use if you’re craving a stronger or bolder cup of coffee to get more of a caffeine kick.

link to Which Coffee is Best for French Press Coffee?

Used coffee grounds can provide your garden with helpful nutrients when properly composted. They are a good source of nitrogen, are green compost materials, and have been said to repel slugs. Fresh...