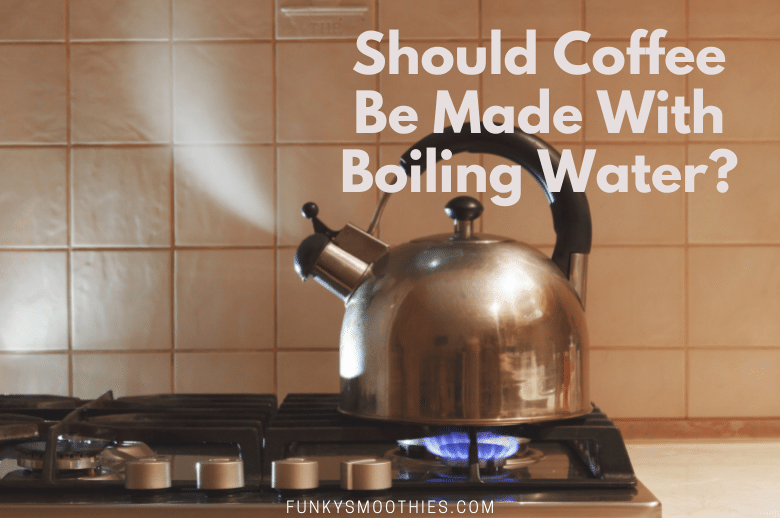 Although some traditional brewing methods would have you boil the beans, it’s generally not recommended to use boiling water when making coffee. Using boiling water will scorch the grounds and create a bitter, harsh flavor devoid of the subtleties you enjoy. Some brewing techniques even go so far as to use ice water to remove acidity from the brew.

If you have been brewing your coffee with boiling water, we recommend changing up your method. In this article, we’ll quickly explain the recommended temperatures, and a few techniques for creating a delicious, rich cup of coffee without scorching your grounds or destroying the naturally sweet notes of the beans.

Should You Boil the Grounds or Pour Water Over Them?

Coffee is a truly international beverage, grown on three continents, and consumed in every country on the planet. Understandably, there are a dozen or more different brewing techniques that have developed over the centuries. What they nearly all have in common, though, is that you pour the water over the grounds. Do not boil your coffee.

When you boil coffee, the compounds in the beans that create flavor are over-extracted and, rather than tasting the delicious chocolatey or fruity notes, you’ll end up with a harsh and bitter cup of sludge. By pouring the water over the grounds, they slowly steep and the result is a brew that’s pleasant and strong but never bitter.

What Temperature Water Should You Use?

Different brewing techniques require different temperatures of water. If you’re making a standard cup of pour-over, we recommend purchasing a temperature-controlled kettle and setting it to 200° Fahrenheit. This will produce the perfect cup of coffee. Alternatively, let your water sit for around 20 to 30 seconds after it reaches a boil and that should allow it to cool to the golden spot.

Pour the water once it reaches 190° Fahrenheit. You’ll let the water sit longer than in a pour-over so you’ll need slightly cooler water to avoid over-extraction.

Traditional Vietnamese coffee is made using a small filter that’s placed over the cup. Pour 205° water over the grounds and let it slowly percolate through into the cup.

Technically, espresso machines do boil water but the grounds are never boiled. Instead, steam from highly pressurized water is pressed through the grounds to create a shot of condensed coffee extract.

Moka pots work similarly to espresso machines but are more rudimentary. You’ll have to place the pot over the stove and let the water boil but the grounds are kept separate from the water. Instead, the steam produces the final brew.

On the complete opposite end of the spectrum, cold brew coffee is usually made at room temperature, chilled, or even melted ice water, and then left to sit for up to 16 hours at a time.

Experiment with different brewing methods and you’ll find that they produce different results. Try them all and stick with your favorite!

Does Temperature Affect the Strength of the Coffee?

Simply put, yes, the water temperature does affect the overall strength of your coffee. Boiling water will quickly extract the oils and acids within the coffee, making it taste stronger than a brew made with room temperature water.

This is why cold brew must sit for several hours to produce a coffee of similar strength. The difference, though, is that the cold water will not extract the bitter/acidic compounds.

This also means that coffee brewed with hot water has more caffeine. Caffeine is a water-soluble compound and by exposing it to heat, it quickly dissolves into your cup of joe. If you’re a fan of cold brew coffee, don’t worry, though. Cold-brew is usually made with a higher ratio of grounds to water, so you’ll still get a decent hit of caffeine.

What About the Milk?

If you prefer to drink your coffee with milk, it won’t make much of a difference whether you add it hot or cold. However, always add the milk after you’ve poured the coffee into your mug. Heating milk with your coffee can cause it to curdle as the natural acids in the beans are released into the dairy. You’ll end up with an unpleasant cup of curds. 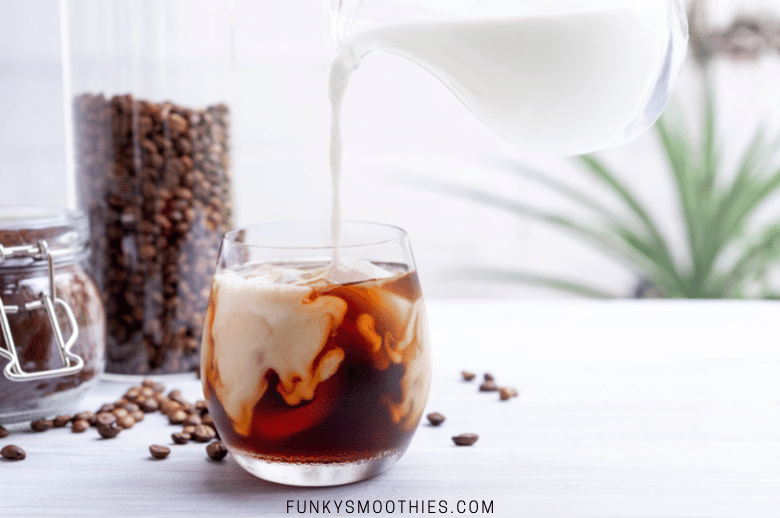 Even if you add milk to coffee, though, it may curdle if the coffee is particularly strong. Quickly steaming your milk can help prevent this and it also adds a nice touch—imagine a homemade latte or cappuccino.

To put it plainly, no, you should not use boiling water to make coffee. Boiling water will scorch the grounds and create a bitter, harsh flavor. Instead, heat the water to between 190° and 200° before pouring it over the grounds and letting them steep. This will produce the best tasting cup of coffee your beans can offer.