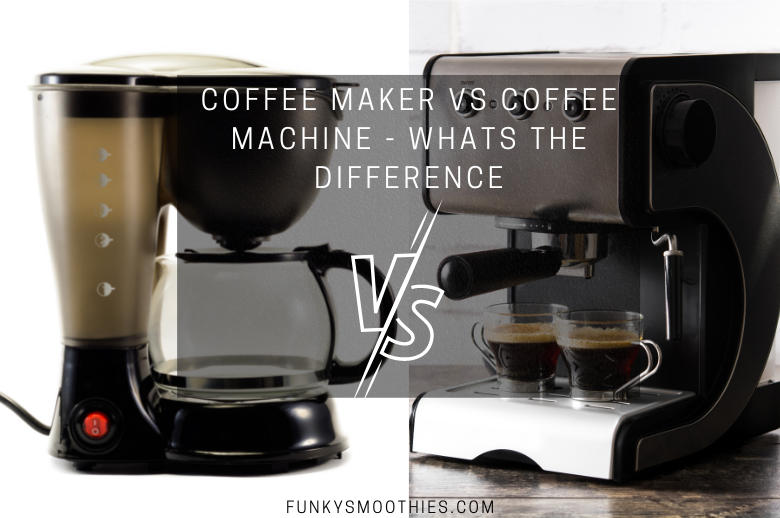 The main differences between coffee makers and machines include the level of technology involved and the kind of coffee brewed. Coffee makers brew drip coffee with simple technology, while machines brew espresso with more complicated, expensive machinery.

To learn more about the specific differences between these two kinds of coffee apparatuses, keep reading. I’m diving into the comparative price points, uses, and kinds of technology involved in coffee makers and coffee machines.

Differences in these two kinds of coffee brewing devices are pretty drastic, considering the fact that coffee machines are closer to what you’ll find at local coffee shops than at your own kitchen counter.

What’s the Price Difference Between Coffee Makers and Machines?

First of all, there’s a notable cost difference between coffee makers and machines. Since “coffee machine” is just another way to say “espresso machine”, you’ll begin to understand why machines are so expensive.

The average coffee multifunctional machine costs several hundred dollars, with the high end of prices reaching into the tens of thousands of dollars.

For example, professional machines such as the Nuova Simonelli Aurelia Wave T3 Espresso Machine costs a whopping $19,800. This is no easy purchase for the layman, who probably just needs a drip coffee maker in the first place.

On the other hand, you can buy a coffee maker (or “drip coffee maker”) to brew hot coffee at home for very low prices. The average coffee maker costs around $20, even for decent models. But you can get them as cheap as $10 in some cases.

What’s the Technical Difference Between Coffee Makers and Machines?

Technically, these two devices are different in their design and parts. Since espresso is a highly concentrated brew of coffee that uses finer coffee grounds, the equipment on a coffee machine is made accordingly.

For example, when you use a machine, you are pulling a shot of espresso, which is typically only a few ounces of coffee. 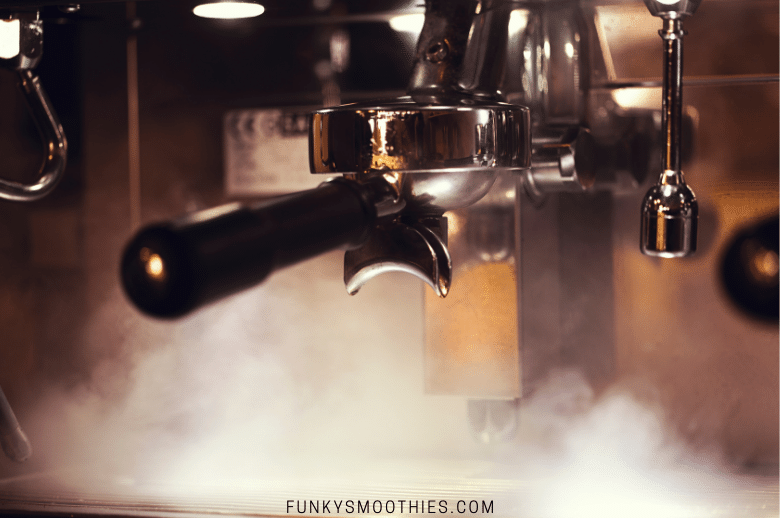 As such, a coffee machine is a large apparatus that only has a small place for the grounds to brew, while a coffee maker has a large well for both the water and the coffee grounds.

How Do Coffee Makers and Machines Differ in Their Uses?

On the other hand, you can’t use a coffee maker to brew a serving of espresso. Even if you tried to make a more concentrated batch of coffee in a coffee maker, it wouldn’t uphold the same consistency or flavor as real espresso made in a coffee machine.

Pros and Cons of Coffee Makers vs. Coffee Machines

There are benefits and downsides to using both coffee makers and coffee machines.

Let’s explore how they compare in this department.

If you came into this guide wondering what’s the difference between a coffee maker and a coffee machine?, then hopefully my explanation has cleared things up for you.

Coffee makers differ from coffee machines mainly in that they are relatively cheap, easy to use, basic in their technology, and used to make drip coffee instead of espresso.

On the other hand, coffee machines have a specific use for concentrated espresso coffee, and they tend to be expensive – up to thousands of dollars even for a beginner product.

Depending on your budget and coffee needs, one or the other may be better for making your coffee.