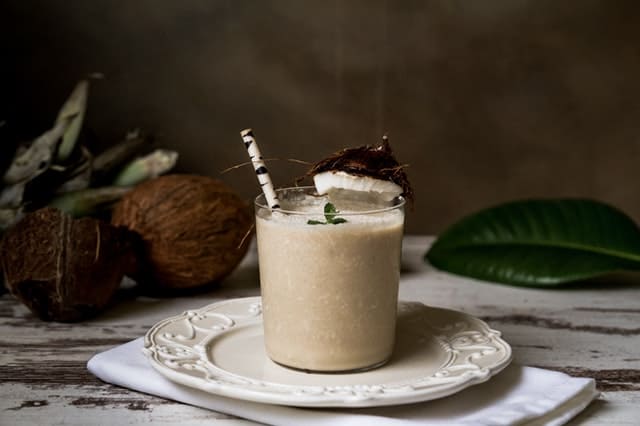 Smoothies are now increasingly popular as more and more people learn the benefits of replacing meals with nutritious and healthy smoothies. The problem with smoothies is that they need to be consumed immediately as the taste and the texture can change if left outside or in the refrigerator for long. This problem was solved by some ingenious smoothie lovers by freezing their smoothies. But can you freeze milk smoothies? Will the taste and texture be affected? How about plant-based milk? Let’s discuss these a little further.

Yes, you can freeze milk smoothies and it will retain its creaminess if allowed to thaw gradually. If you are using plant-based milk – milk such as almond milk, soy milk, etc. can be used but you may not be able to get the same texture after it thaws. A lot will also depend on the other ingredients such as the amount of fibrous fruit and vegetable, the emulsifiers you add to your smoothies.

Making smoothies ahead of time and freezing them can be a great idea for those on the move and busy. Smoothies when frozen can be thawed and consumed when needed. There is nothing compared to a frozen smoothie for a grab and go breakfast or lunch or even as a snack. The other options you have are easily available greasy, fried, and fat-laden fast food and sweets. So you are better off with smoothies even if you have to prepare them ahead…

How to freeze milk smoothies after blending

It is necessary that you plan ahead a little bit if you want to freeze your smoothie and you need to have a good estimate of by when you will be consuming it.

Some people even leave it in the fridge for some time till it thaws slowly. But timing is an important factor. For example, if you have to take it in the morning you might have to take frozen smoothie out at night and keep it in the fridge for at least 8 hours so that it can adequately thaw and be ready for drinking during breakfast time. You may also take it with you after estimating your travel and the time required for thawing before it is drinkable.

You can freeze smoothies in mason jars or plastic containers which are freezer safe.

Here are some tips to freeze your smoothies:

If you have a good freezer then investing in mason jars might do the trick and solve your smoothies freezing problems. A good option to buy freezer safe mason jars with plastic leads that can be screwed on. Plastic lids are suggested because they do not rust and are more flexible when under pressure and hence can be used for a longer time.

If your freezer doesn’t have a lot of space then your best bet is to fill Ziploc bags with your smoothies, flatten them, and lay them down in the freezer, one on top of the other. This allows you to use the freezer space in an efficient manner and is a great option for those who cannot have large freezer space that fit the different mold sizes available in the market.
The only issue here is that once it is frozen and you take them out of the zip lock bag this kind of messy to pour in out into a glass.

You can put out the smoothie mixture into silicone ice trays or muffins trays and freeze it so when needed you can take it out easily. And then when it is time to consume you could put that in a blender and give a quick blend or leave in the refrigerator so that it thaws slowly.

Some things to note while Freezing smoothies with milk

Milk is a good partner for smoothies and gives a rich creamy texture as well as holds the various components of the smoothie together such as fruit, vegetables, nuts, and seeds. Milk also can be frozen easily so this means that smoothies that you make with milk can be easily frozen and consumed whenever you want and can be carried with you. Please remember that once thawed, if they are kept in the fridge for a long time, they tend to spoil because the color changes and the components will separate.

Note that while freezing milk it may sometimes turn yellow when freezing. It is not because something is wrong with it, it will be fine when it thaws. Also, if you want to have a better texture it is better to use low-fat milk as compared to high-fat milk as the fat in the milk gives it a granular texture on thawing. This doesn’t affect the taste but might not be preferable for some.

You can use low-fat milk using such as 1% or 2% fat which helps retain the texture when it thaws. You thaw your smoothies by keeping them in the refrigerator overnight. Do note that trying to make them thaw faster will be disastrous. At no point should you ever use a microwave or any external heat source to fasten the thawing process, it will destroy the smoothie.

How to Freeze Plant-based milk smoothies?

If you are averse to using dairy products, the next best option is to choose almond milk as it has a creamy texture that is very similar to that of dairy milk. It is good to add in more frozen bananas, strawberries, avocado, and possibly some nut-butters as well as this act as emulsifiers which can help the creamy texture to be retained after the smoothie thaws.

Soy milk does not thaw well but in the smoothies with bananas, mangoes, nut butter, etc. it may keep its texture but the taste may not be appealing. They are not bad, just not that great either.

While you can definitely freeze and then use the smoothies, the same issue exists with oat milk as with other plant-based milk, which is that it tends to separate fast after thawing. It may be better to freeze them and then eat it with a spoon when slightly thawed. It can also be had as a popsicle or frozen dessert.